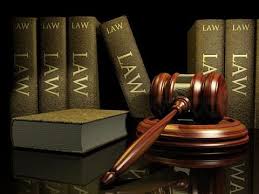 Law / Legal Education is the education gained by individuals to become legal professionals or practitioners. The degree obtained by an individual in this stream can also be useful in some other fields like in business, academic or in politics also.

The main difference between Law and other social science subjects is that legal studies are multi-disciplinary in character. In many law subjects, a scientific background is not only necessary, but is essential. Similarly, in many legal subjects, knowledge of finance and accounts has become essential. Law is concerned with governance and therefore, legal education must be developed upon a sound basis of multi-disciplinary education.

India, owing to its rapid development in professional education, has also provided Law as a hot career option to its aspirants. The various Law schools and universities in India offer several academic programs in Law. The course may be of 5 years, 3 years or of 2 years of duration. One can also pursue 1 year or even 6 months Diploma courses to gain specialized knowledge in the field.


BCI - The Bar Council of India

The Bar Council of India (BCI) is a statutory body, constituted by Government of India under Advocates Act 1961 with the main objective of controlling and governing the working of all immediate subsidiary state-level bar councils besides laying down the standards of professional conduct and etiquette.

Though it comes under the purview of Ministry of Law and Justice, Government of India, it is a corporate body having perpetual succession and a common seal, with power to acquire and hold property, both movable and immovable, and to contract, and may by the name by which it is known sue and be sued.

Law Careers - What Careers to opt for?

The Legal profession has today become one of the fastest growing professions all over the world. Besides being lucrative, it is an adventurous and exciting career. Lawyers are held in high esteem in every society. There is a growing demand for Law Professionals everywhere due to the changing economic and social scenario all over the world.

Law courses in India are increasingly gaining popularity among students both at the undergraduate and at the postgraduate level. Law programs are now among the top ten programs in India. You can either enroll for a five-year B.A.LL.B course straight after your 10+2 or join a three year LLB course after graduation.


A variety of Research Programs are also available in the field of Law.

Much of the dilemma concerning legal education in India is based on the confusion centring on such a kind of professional and liberal education. Law as a subject has always been interesting like one studies History, Political Science, or Economics. The recipient of education shall certainly become transformed and knowledgeable after studying law as a subject.

In India, the transformation of legal education into a professional career has been made possible owing to the continuous endeavor of National Law Schools and several other Indian universities which offer academic programs in Law. The efforts of Bar Council of India and University Grants Commission are also worth noting.

India, for the last few years, was lacking with a proper policy on Law education. There is complete chaos in the education owing to the presence of a number of regulatory authorities. If we consider professional side, then Bar Council of India (BCI) plays an important role in promoting and standardizing professional legal education in India. On the other hand, University Grants Commission, the apex body which regulates and standardizes university education, is also responsible for legal education in India.

However, in recent years, there has been significant development in the legal education in the country. From 2008 onwards the seven national law schools in the country have decided to conduct a Common Law Admission Test (CLAT) for admission to their undergraduate and post graduate programs. This can be treated as a milestone in the development of legal education in the country with collaborative efforts from the seven law schools towards bringing more expediency in the admission process.

In India, almost all law schools and universities offer undergraduate and postgraduate programs in Law. The program may be three years LLB. course or two years LLM. course. However, the recent development of the five-year integrated LL.B course in the curriculum is highly sought after among students and parents.  The course has demonstrated its superiority in legal education wherever it was honestly implemented.

Popular posts from this blog

BBA or B.Com: What should you choose!! 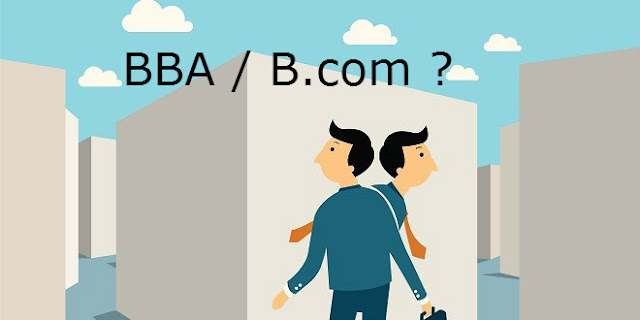 B.Com (Bachelor of Commerce) or BBA (Bachelor of Business Administration), which is the course I should take up? It’s one of the most common tertiary education questions we field. The more traditional B.Com is giving way to BBA as the economy changes and the demand of trained business administration professionals sees an upswing. As BBA emerges as an important course option to pursue after completing your 10+2, an unfortunate lack of proper information has left a lot of students confused, leaving them to make misguided decisions. Since the final choice rests with the student, here’s some information to help clarify their doubts. What is BBA? The BBA course, a three-year undergraduate degree, focuses highly on developing business skills. Theoretical education is backed by practical experience which may include summer internships, industry visits, presentations, and case studies. With an aim to foster future leadership and entrepreneurial ability, the syllabus of the B
Read more

BCA vs B.Tech(CS) – What Should You Choose? 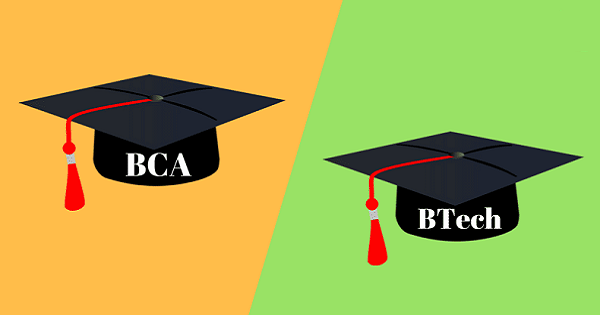 A student who has slight interest in technical and IT areas is confused about what to opt between Bachelor in Computer Applications (BCA) and Bachelor in Technology (B.Tech) . Though the two aren’t really comparable as one is an engineering course and the other is a degree course, yet with the growing demand of BCA and the increase in private engineering institutes, students do come up with queries like should they do BCA or B Tech. We have tried our best to clear the doubts of such students by doing a comparative study of the BCA vs. B.Tech . What is BCA? Syllabus of the three-year BCA course includes subjects involving computer languages, database management, operations systems, logical analysis, and software design and client server technology. Several universities offer this 3 years undergraduate course across India. Scope The most logical step after the BCA course is to pursue an MCA. Alternatively, you may look into jobs in the IT sector or related fields.
Read more 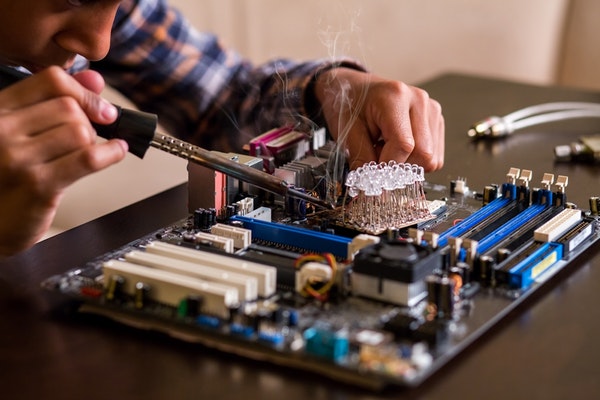